This sudden emphasis on attracting economic investment is new for Governor Baker, as just last year he vetoed budget line items totaling $162 million dollars in funds for early education, the University of Massachusetts, the trial court, tourism and cultural programs, and local expenditures. Ironically, these were many of the reasons GE cited for desiring to move from sleepy, suburban Fairfield, Connecticut to the trendy Seaport. 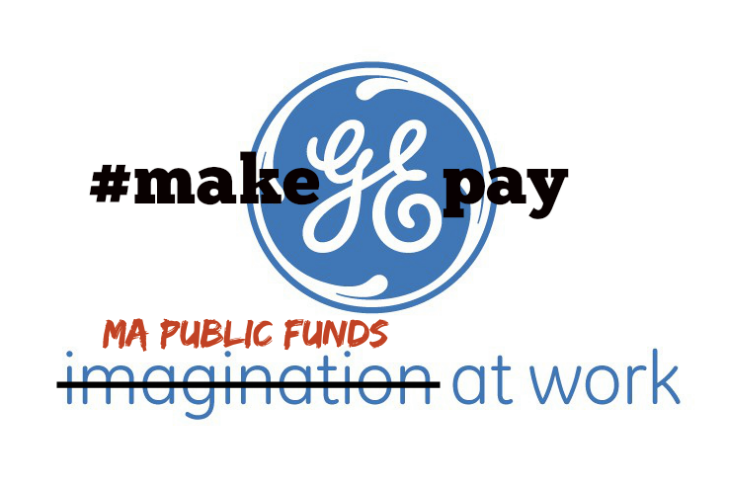 Just a month ago, the findings of an audit of the Boston Public Schools suggested the district could save up to $85 million dollars per year by closing 40% of its schools. Any other time and this would sound like a crazy idea, until you take into account the fact that the Boston Public Schools are facing a $50-million-dollar budget deficit for this year. I’m no ethicist, but it seems like robbing our young people of their educational opportunity for the sake of a multi-billion-dollar company is quite possibly the most unethical thing the Commonwealth could possibly do.

To add insult to injury, the Boston Public Schools website has a lovely promotional video on their homepage where a GE Foundation Exec claims that creating a workforce of tomorrow doesn’t start in college, but begins with “reaching back into the community, starting with the students, beginning a conversation with them.” Maybe GE execs should’ve had a conversation with the students of Boston Public Schools, although I doubt they would like what they had to say.

Or maybe GE execs could’ve had a conversation with people in Western Massachusetts, where the Housatonic River is still polluted and where GE continues to defend its right to not clean up the mess that it made.

Many at the State House, in City Hall, and in the local press are flat-out giddy to roll-out the red carpet for GE. There is however, a growing resistance (both inside the State House and outside) to hold our elected leaders accountable for squandering public funds.

The unfortunate reality is that our leaders continue to underinvest in the future of the Commonwealth and its residents. Last winter, the city was paralyzed when the MBTA shut down several times. While we cannot control the weather, we can maintain and properly staff T and Commuter Rail lines. Our transit system continues to crumbling before our eyes. (And I doubt that a bureaucratic fiscal management board is going to fix these problems, but a dedicated and significant capital budget might.)

Last week, State Senator Jamie Eldridge (@JamieEldridgeMA) proposed an amendment to the Senate Budget (ECO 836), cosponsored by Senators Barbara L’Italien and Mark Montigny, that would require that any municipality that offers massive incentives to corporations also provide 5% of the total expenditure for the purpose of providing affordable housing in the region.

While we applaud the courageous legislators that have proposed this suggestion, we are disappointed by the lack of support offered by representatives of communities with affordable housing crises. Five percent isn’t much, but it would help, given that it is desperately needed.