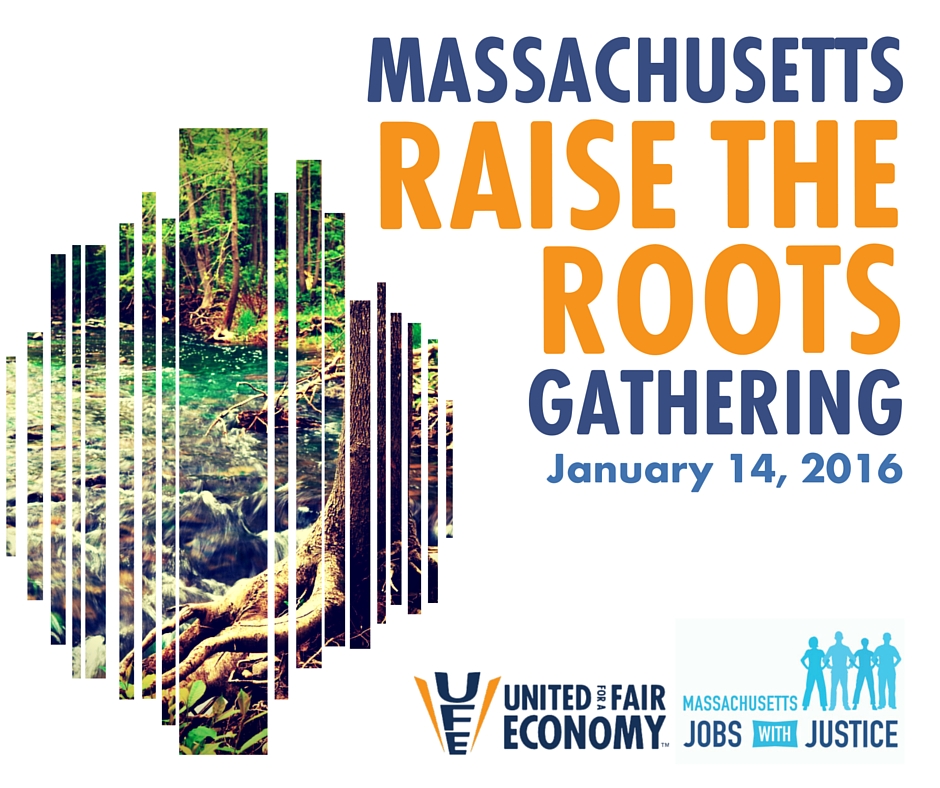 Between gathering signatures for the Millionaires' Tax (a ballot proposal that would create progressive taxation in the Commonwealth), the Fight for $15 led by workers, and the growth of a movement for racial justice, Massachusetts has been on the cutting edge of building a worker-centered economy.

United for a Fair Economy is thrilled to work closely with Massachusetts Jobs with Justice to advance this important agenda. We're asking you– our most loyal supporters, donors, allies, and friends– to come and learn about this collaborative work in the hopes of building a cross-class movement for racial and economic justice.

At this event, we will be talking with workers organizing for a fair economy, and learning together how inequality impacts families.

Refreshments and appetizers will be served.