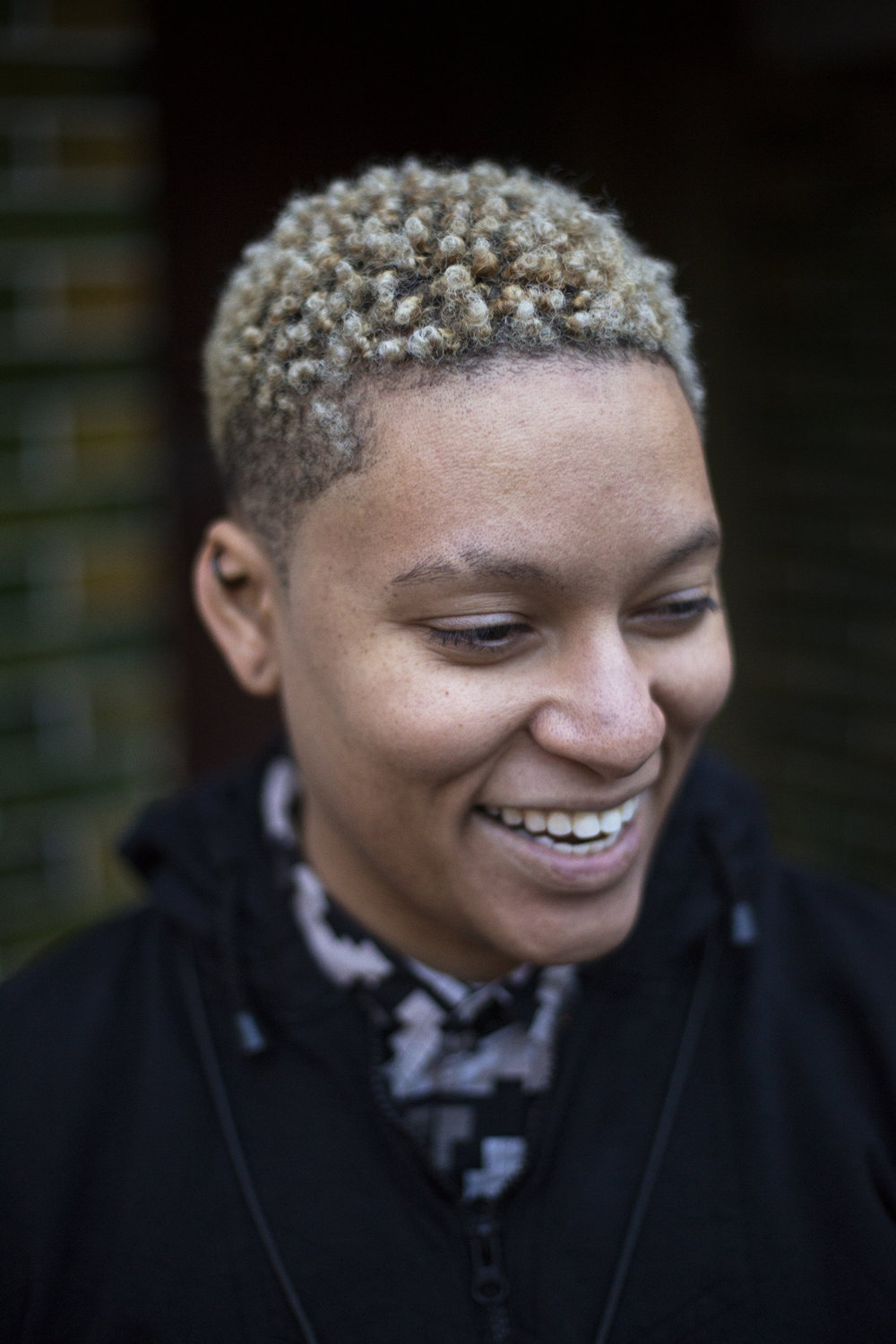 A sought after activist, musician, educator and "creative mind asking the questions that will shape the future of culture" (YBCA100, 2016) Jay-Marie (they/them) lives the struggle of creating the world anew. Whether participating in frontline activism, performing their music, or birthing new possibilities via daily life to help our world ascend beyond gendered and racialized norms, Jay-Marie's presence, lectures and performances push audiences to think bigger, question better, and love harder.

As a musician & speaker carrying the message of their Black & POC trans & genderqueer siblings, Jay-Marie's speaking and performing engagements have taken place at Dartmouth College, Harvard University, American Repertory Theater, Stanford University, Yerba Buena Center for the Arts, New Conservatory Theater Center (SF), and more. Their M.A. in education has enabled their work as an educator for young people (K-Universities) in classrooms and with adults through intentional learning spaces. Jay-Marie also prioritizes working directly as a mentor with countless cis, Queer & Trans/NB youth & young adults around the country.

Their past organizing work has been with incarcerated women in California State Prisons, on Tishaura Jones Campaign for St. Louis Mayor, with national organizers (BYP, BLM, SONG, M4BL), and everyone in between. They have also been an outspoken advocate & organizer with movements such as Black Lives Matter, Black 4 Palestine, #NoDAPL and #SayHerName, among others. Their ultimate passion is ensuring that movements & organizations speak to and for the people, so that as many as possible can be served by the resources and dreams of the powerful made flesh.

Jay-Marie is originally from Oakland, CA. but now works out of St. Louis, MO building a very Black, very Queer life with their incredible partner, Kayla.