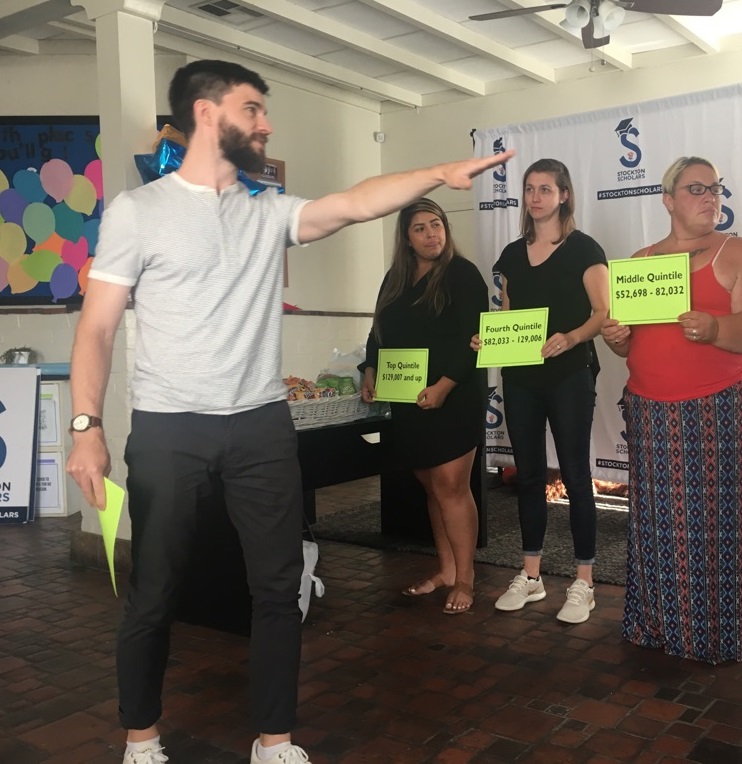 Riahl is dedicated to creating a world that's full of transformative learning opportunities, where people find purpose through critical reflection and action for a more just world. He believes that well-designed trainings can catalyze change within ourselves, our relationships, and our organizations.

For more than a decade he’s supported talented teams to imagine and implement ambitious education programs that expand what’s possible in our work for social justice. His work in education has reached thousands of people in community, labor, and faith organizations; colleges, student groups, and state and local governments.

As National Education Director at United for a Fair Economy, Riahl designs and facilitates training programs in Spanish and English for community leaders and nonprofit professionals across the U.S.

His career in transformative learning began when he was introduced to popular education by a mentor in college with whom he co-founded a youth-led leadership training program. Later his passion for popular education brought him to Nicaragua where he used it to organize people from the U.S. to take action for human rights and against unjust U.S. foreign policy.

Riahl is a Scandanavian (white) midwesterner who grew up middle-class in a rural college town. His politically-oriented parents helped him see how divisions of class and race benefitted the white middle-class while causing harm to people of color and working people. Discontent living in a world where the benefits he and others receive are tied to others’ suffering, he believes even those of privilege have something critical to gain by undoing this unjust system: our humanity.

Riahl lives in Minnesota with his wife and thought partner Indira. He plays banjo and cracks puns, too. Neither are popular but his friends have groan to like it.

Contact the popular education team if you'd like to work together using training and education to build a movement for a fair economy.