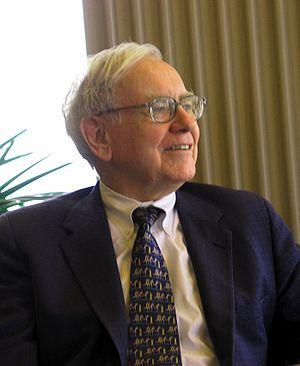 It’s not just billionaires like Warren Buffett and Bill Gates who say that there should be an estate tax, but just plain old rich folks are speaking out too.

More than 2,000 wealthy Americans who have paid or expect to owe estate taxes have signed a call to preserve the estate tax that was put out by United for a Fair Economy’s Responsible Wealth project. The signers include professors, farmers, small business owners, and lawyers, says Lee Farris, the estate tax policy coordinator for UFE. Some signers have a few million dollars, others tens of millions, but they are united in the words of the call: “We believe that permanent repeal of the estate tax would be bad for our democracy, our economy, and our society.”

The signers of the Responsible Wealth estate tax call are not just outliers, and some are billionaires. They include Forbes 400 members David E. Shaw, Julian Robertson, Jr., George Soros, John Sperling, and Ted Turner. All six children of David Rockefeller, the oldest Forbes 400 member, have signed too.

For more about how billionaires are duking it out over taxes, check out the story, Billionaire Tax Battle, that Janet Novack and I co-wrote in the October 25th issue of Forbes.

The Responsible Wealth groupies want to see an estate tax reinstated at 2009 levels, or with an even lower exemption and higher top rate. It’s unclear whether Congress will come to a decision on the estate tax in the lame duck session following the elections.

For the Responsible Wealth folks, the estate tax is only one tax fairness fight. They advocate progressive taxation at the state level. In what they see as their most urgent business recently, they have been calling on members of Congress with local business people in tow, arguing that the Bush tax cuts shouldn’t get extended.

I chatted with 82-year-old Edward Anderson, a retired managing partner of Tweedy Brown, who lives in San Diego and pegs his wealth in the low 8 figures. He remembers when the top federal income tax rate was 90%. “Now we’re told the world will come to an end [if taxes go up to 40%],” he says. Anderson is in favor of letting the Bush tax cuts expire (the top income tax rate would increase from 35% to 39.6%). And he has signed the Responsible Wealth call to preserve the estate tax, although an estate tax would mean less for his two sons and five grandkids at his death.

Anderson’s message to his peers is this: “It’s an amazing thing when people say, ‘You support the estate tax! Won’t that affect you?’ and the answer is ‘Yes and Yes.’ I don’t understand where people’s heads are. There’s a moral obligation of returning your wealth to society.”