Interview with a Popular Educator: Ty dePass (2 of 2)

Ty, would you share with us a specific instance in which you witnessed the effectiveness of popular education?

The D7 RoundTable was a community-based organization focused on the struggles against racism, violence, and poverty in Greater Roxbury – Boston’s poorest, brownest, most culturally-diverse, and politically-marginalized neighborhood. For eight years, from 2000 to 2008, D7 convened a monthly grassroots public policy forum, bringing residents of Roxbury and Boston's other progressive communities together to examine, debate, and exchange opinions on a host of critical issues and public institutions.

In the spring of 2001, Boston’s public schools were being criticized for an evident “achievement gap,” as reflected in the scores of mandatory standardized tests. D7 dedicated one of its regular monthly forums to exploring the issue – specifically, the factors contributing to the “gap” in student test performance.

The nearly one hundred community members who attended the forum were seated at tables of with 8 to 9 of their neighbors. On each table was an information packet providing a detailed profile of a selected area school district or local high school.

The popular education exercise was divided into three rounds. In round one, participants were tasked with becoming “experts” on their data packets and answer three questions: 1) What do you see in the data? 2) What, if anything, stands out to you? and 3) How might this explain the “achievement gap”?

In round two, the tables were reconfigured to mix the research teams. This is called the “jigsaw method." The new teams were then tasked to compare and contrast their findings on the districts or schools examined, based on a new set of questions: 1) What similarities and differences stand out to you? 2) Which items appear most relevant to student achievement? and 3) What is the problem and where should Boston’s reform efforts begin?

The final round was devoted to a full-group discussion focused on describing the problem (test score disparities), its contributing factors (student body by race, income, language proficiency, student suspension days, curriculum access), and specific recommendations for change. participants displayed an impressive grasp of the data and its implications, often making surprising connections and inferences. Many participants shared with us how much they enjoyed the exercise, some even expressing their surprise over the how much they now understood doing policy research.

The only downside was that the exercise wasn't connected to an actual organizing initiative for school reform. Nevertheless, after ten years, a number of individuals who participated in the event and are now involved in local reform efforts tell me they remember the exercise clearly and use similar models in their own work.

One of the principles of popular education is that education must be a reciprocal process between facilitators and participants. It is an acknowledgement that no individual has all the answers, and that our unique lived experiences allow each of us to act as both sudents and teachers. What's one of the most important things you have learned in your work with other groups? 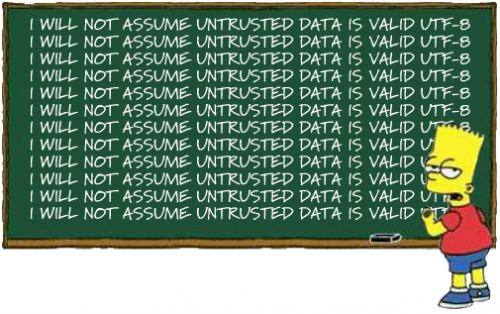 I start from the general assumption that most of what we think we know, just ain’t so. By this, I mean that we must be alert to testing our assumptions and risking exposure to new ideas. This is not the same as blindly accepting “expert knowledge," because we need to test that as well. But it does appreciate that the most useful knowledge is grounded in real world experience. Knowledge is best constructed as a collective effort – it is never fixed and it must be subject to challenge once it fails to explain new experiences.

How can others around the country get involved in popular education for social & economic justice?

To say, “get involved,” in popular education is an accurate formulation. Pop-ed is a medium for constructing people’s knowledge, a strategy for raising consciousness and informing appropriate action. It’s more a means to an end than an end in itself.

There are already a number of national organizations and networks that folks can get involved with that have a history of using pop-ed techniques as a medium for progressive organizing.

Among them are the Right to the City coalition, the Applied Research Center, the Highlander Research and Education Center, the People’s Institute for Survival & Beyond,  Project South and various local expressions of people’s theater, a.k.a., “Theater of the Oppressed."

What are your short- and long-term hopes for the progressive movement both within the U.S. and in the global community?

In the short-term, I’m hoping to see the emergence of the broad, multi-racial and united front against war, racism and poverty envisioned by Dr. King more than 40 years ago. This is a major piece of unfinished business for progressives. In the long-term, I’m just hoping to be around long enough to finally enjoy the fruits of that movement.

Click here to go back to part 1 of the interview with popular educator, Ty dePass.