A View from the Field

“We’re stronger if we work together.”  The resolve in her voice was palpable.  What began as a conversation about the hazards of over-exposure to pesticides in farmwork turned into something much more.  In revealing common experience among farmworkers and examining root causes of their struggles this small group began to speak about the necessity of immigrant communities working together to make real change.  It became education for movement building.

The mini-workshop was part of a weekend-long “Training of Trainers”, the first I attended as Education Coordinator with United for a Fair Economy. The Equal Voice for Florida’s Families Coalition invited UFE to facilitate the event.  The topic: using the principles and practices of popular education in organizing for social justice.  Attending were farmworkers, undocumented students, and African-American organizers working in solidarity with Latino immigrant communities.  The room was filled with wisdom and experience. 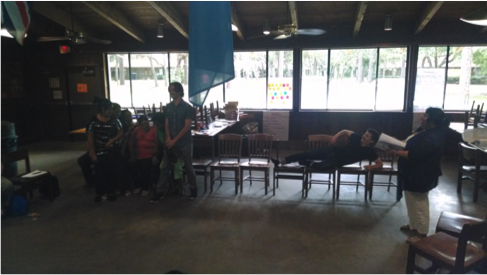 As part of the training fellow UFE educator Jeannette Huezo led the group in a series of exercises that demonstrated the growing economic divide in the U.S.  In one activity ten of us sat on ten chairs lined horizontally in front of the room.  Before we knew it nine people were squished together, stuck sharing three chairs.  I had seven all to myself.  This, she explained, represents the reality of economic inequality in the U.S.  While 70% of the population shares 10% of the wealth, the richest 10% has 90% of the wealth.  “What do you see happening?” Jeannette asked those who were piled up on top of one another.  “It isn’t fair!” one person shouted.  “He has more than he can even use!” another person said.

After a few more activities we split into small groups so that participants could have a turn developing their own workshops.  This is when three organizers with the Association of Florida Farmworkers decided to rehearse their workshop on pesticide exposure.  Though each organizer knew a great deal on the hazards of farm work they worked with UFE facilitators to craft a series of questions for the group so that participants could draw their own conclusions.  In the course of our discussion it became clear to all of us: the risk of chemical exposure is linked to the vulnerabilities and struggles of being an immigrant in the United States.

While important content was relayed the information wasn’t what gave this space meaning.  These organizers could have rattled off methods of 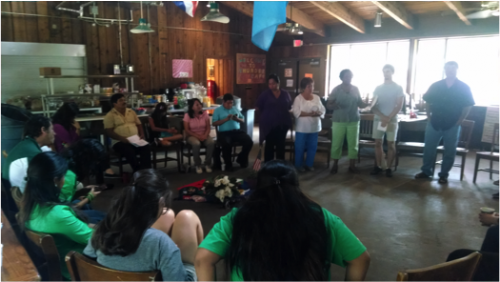 prevention, just as Jeannette could have lectured on rising inequality.  But instead they drew from the experience in the room: the experience of having declining wages, no health care, no retirement, of facing the risk of being separated from one’s family because of deportation.  The conversation opened a bigger question: why do the growers sit on more wealth than they can use while those who work hard and risk their health live in poverty?

We all left the weekend energized for the work ahead, with the analysis and relationships necessary to forge a movement to uproot inequality.  It made me proud to be a part of the team at United for a Fair Economy and proud to support and learn from activists and advocates who are leading us towards a more just future.