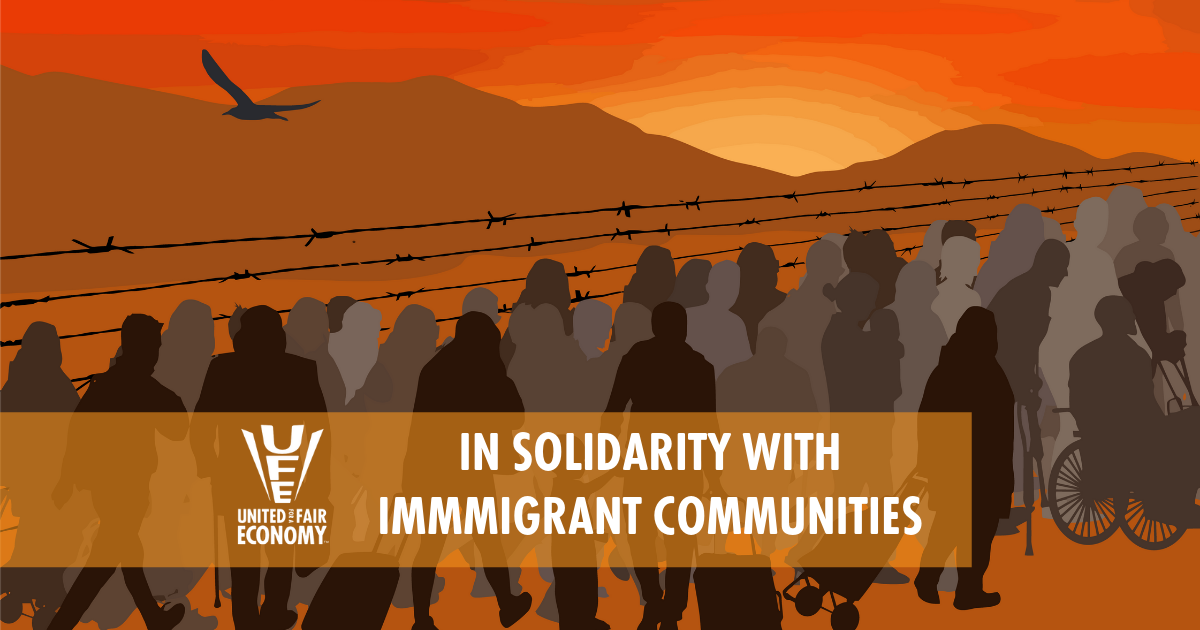 In light of the Trump Administration’s continued attacks on immigrants’ rights, it is of the utmost importance for United for a Fair Economy (UFE) and other social justice organizations to stand in solidarity with immigrants in the US. As a supporter of living wages, wealth-building opportunities, and equal justice for all workers, UFE has a history of standing up for immigrants’ rights and is committed to securing equal rights for documented and undocumented workers alike. For example, after the election of Donald Trump, UFE published State of the Dream 2017: Mourning in America,[1] which included a chapter highlighting the size of America’s immigrant population and the contributions immigrants make to the US economy. UFE conducts trainings on the connection between immigrants’ rights and economic justice,[2] which provide information, analysis, and strategies for action to establish solidarity between foreign-born and domestic workers.

However, while UFE recognizes that immigrants are an integral part of the American economy, they are first and foremost our friends, family members, and the pillars of our communities who deserve fundamental rights and respect. The Trump Administration’s immigration policy is built on a foundation of xenophobia and racism. As Trump threatens our communities with ICE roundups and inhumane detention centers, we are fearful for our friends and family. We must take action now. In order to do that, we must understand the history that has brought us here, the policies that are being proposed, and the many communities and organizations that are at the forefront of this struggle. 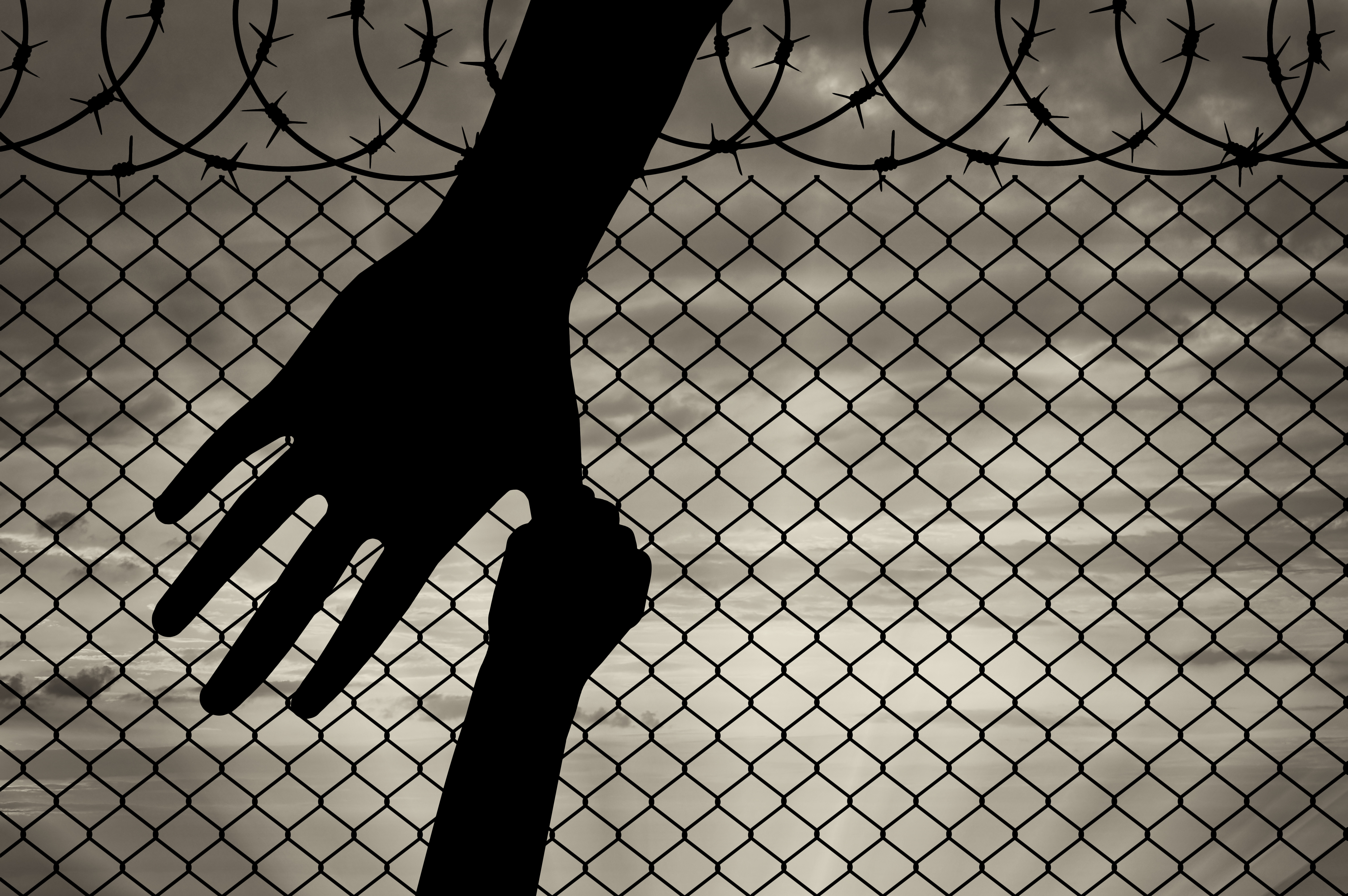 Among the Administration’s most abhorrent policies is the family separation policy which, since it was instituted in April 2018, has led to the separation of more than 2600 children from their parents.[3] The Trump Administration used Section 1325 of the Immigration and Nationality Act, which treats undocumented border crossing as a criminal offense rather than a civil offense, to justify its zero-tolerance policy. While Section 1325 became law in 1929, the Trump Administration has been more forceful than previous administrations in using it to criminalize border crossing and separate families. Under the Obama Administration (which deported 3 million immigrants),[4] for example, families were only ever separated as a measure of last resort (for example, if parents posed a danger to their children or had been convicted of a serious crime).

With the power of Section 1325, the Trump Administration has justified an irrational zero-tolerance policy that treats undocumented border crossing as a criminal offense rather than a civil offense, criminalizes undocumented adults who are detained in jails to await trial, and forces children into the custody of the Department of Homeland Security. Under federal law, children can be kept in DHS custody for 72 hours before being transferred to the custody of the Office of Refugee Resettlement. Many children, however, including both those who have been separated from their families and those who arrived at the border unaccompanied, have been housed in CBP detention facilities for weeks,[5] in clear violation of the law.

Under immense bipartisan pressure, Trump signed an executive order in June 2018 that supposedly ended family separations and mandated that the Department of Homeland Security detain families together. But aside from the fact that detaining migrant families together in substandard living conditions is cruel and inhumane, this executive order has also failed to stop family separations. According to an article published on July 1, 2019 by NBC News, more than 700 families have been separated[6] since Trump’s June 2018 executive order. The Trump Administration has exploited a loophole in Section 1325 to justify separating families in cases where parents have committed only minor crimes, a practice used to criminalize and deter immigrants from coming to the US.

In addition to separating families at the border, the Trump Administration has detained both children and adults in deplorable conditions. Immigrant detention centers are woefully overcrowded, and immigrants frequently don’t have access to nutritious food, water, or healthcare. A pediatrician who visited the Ursula detention facility in McAllen, Texas[7] and a team of lawyers who visited a detention center in Clint, Texas[8] detailed malnutrition, psychological trauma, and the spread of infectious diseases among immigrants detained there. Detained immigrants also have extremely limited access to healthcare, and the healthcare they may receive is substandard, as has been documented in the past few months in California,[9] Colorado,[10] and throughout the country.[11] Immigrants with chronic, manageable conditions like diabetes, for example, are frequently not given their medications on time or at all, while immigrants with mental health conditions are frequently put on antipsychotic medications with a host of side effects and receive little or no care from mental health professionals. 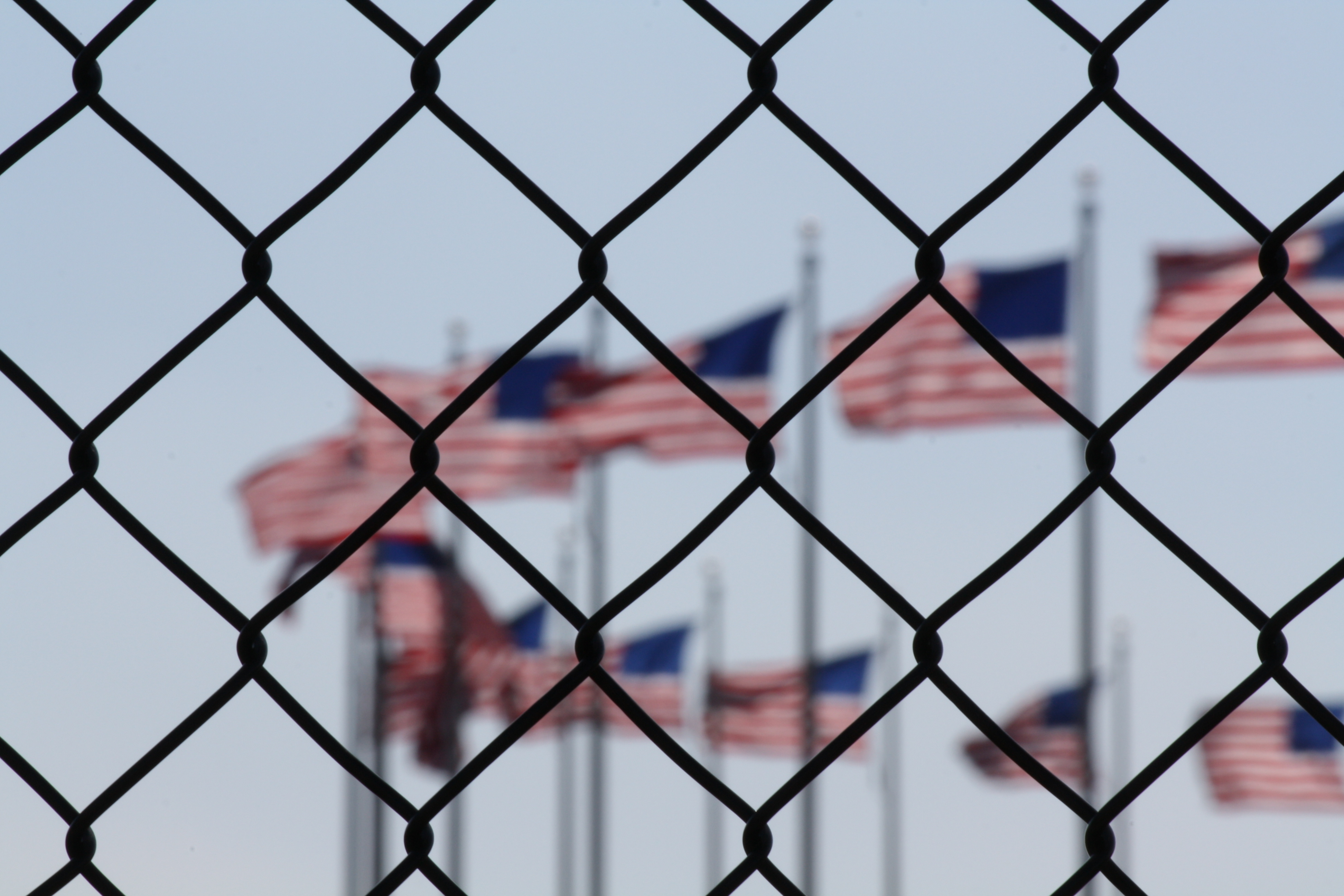 In addition to skimping on necessities, for-profit prison companies have a clear interest in keeping undocumented immigration illegal. To further their business interests and maximize profits, these companies engage in lobbying and contribute to congressional and presidential candidates who oppose immigration reform and support the criminalization of immigrants. In the 2018 election cycle, for example, CoreCivic donated $341,700 to Republican candidates and just $20,000 to Democratic candidates.[12] GEO Group, meanwhile, donated $733,900 to Republican organizations and $80,600 to Democratic organizations during the same election cycle.[13]

Immigration as a 2020 Election Issue and Immigration Reform Proposals 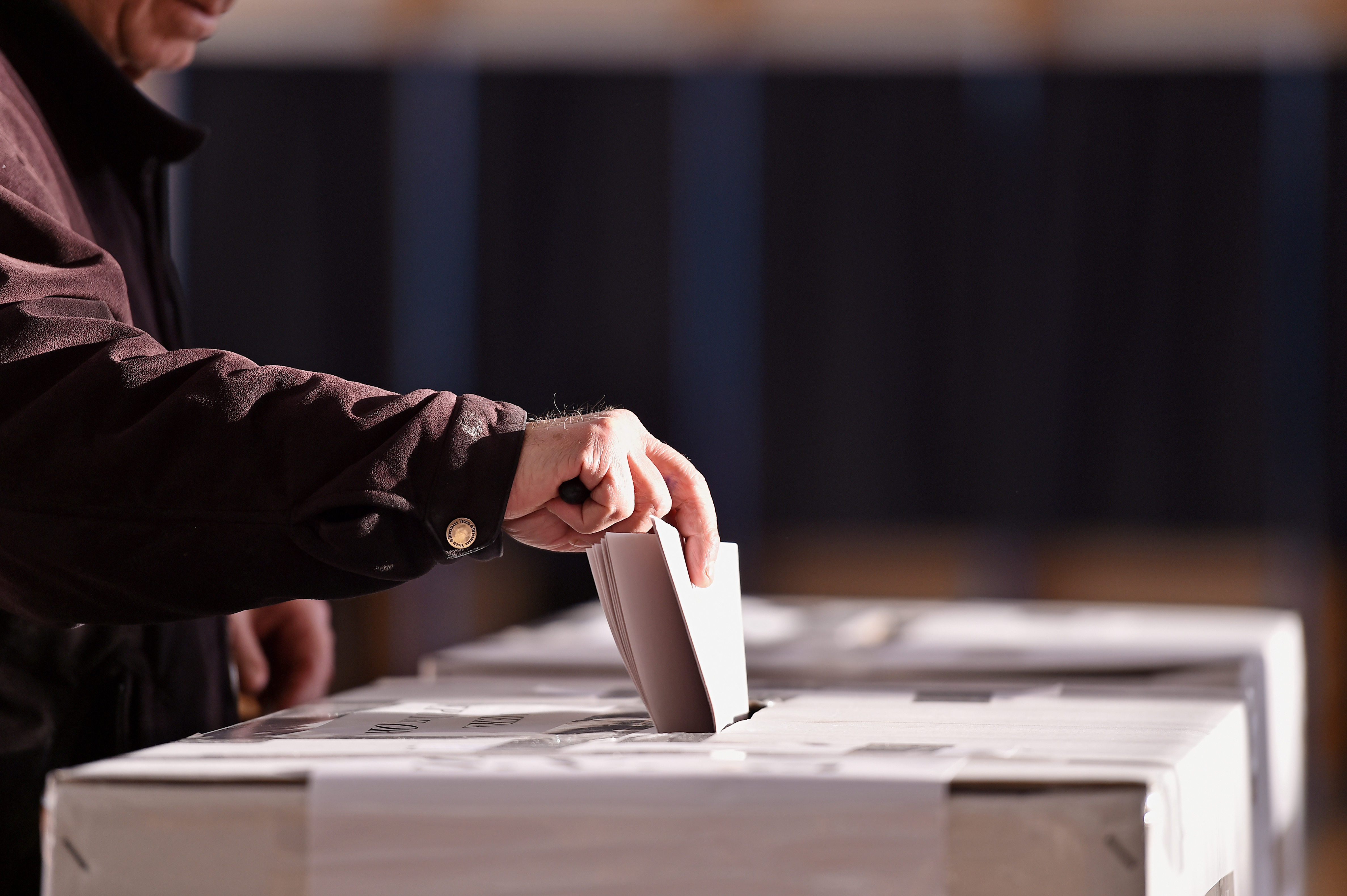 Immigration has already proven to be one of the most important issues of the 2020 elections. Several measures have been proposed to immediately end family separations, reunify currently separated families, and treat migrants humanely. Some Democratic presidential candidates support repealing Section 1325 of the Immigration and Nationality Act, and returning undocumented border crossing to being a civil offense. Others have proposed establishing a pathway to citizenship for recipients of DACA (Deferred Action for Childhood Arrivals), DED (Deferred Enforced Departure), and TPS (Temporary Protected Status); so far, all efforts to establish pathways to citizenship for beneficiaries of these three programs have been stymied, despite the fact that a clear majority of Americans[14] supports these efforts. Among the most radical proposals to have gained mainstream attention is the proposal to abolish Immigration and Customs Enforcement (ICE), an agency of the Department of Homeland Security. Formed after the passage of the Homeland Security Act of 2002, ICE has jurisdiction over the interior of the country (all areas >100 miles away from a land or maritime border) and is charged with deporting undocumented immigrants in these areas. Meanwhile, the Customs and Border Protection (CBP) (another agency of Homeland Security) has jurisdiction over all areas of the country within 100 miles of a land or maritime border.

Organizations around the country, including several in Massachusetts, are taking action. Many have pushed for an end to the 287(g) program, whereby local law enforcement agencies sign agreements with ICE allowing them to act as federal immigration agents. Drive Without Fear campaigns, which support legislation to grant driver’s licenses to undocumented people, are active in many states. Movimiento Cosecha[15] is active in the Drive Without Fear campaign in Massachusetts, as well as campaigns to pressure institutions, employers, and individuals who engage with and support ICE to cut their contracts.  TPS Committees[16] are working to make it possible for TPS recipients to apply for permanent residency – something that is currently not possible. These policy campaigns are paired with local community care and emergency response networks, legal services, local organizer empowerment efforts, border support and direct action. All of these efforts can be supported monetarily or through volunteer action which is outlined in detail at the end of the article.

History of US Immigration Policy and UFE’s Proposed Solutions 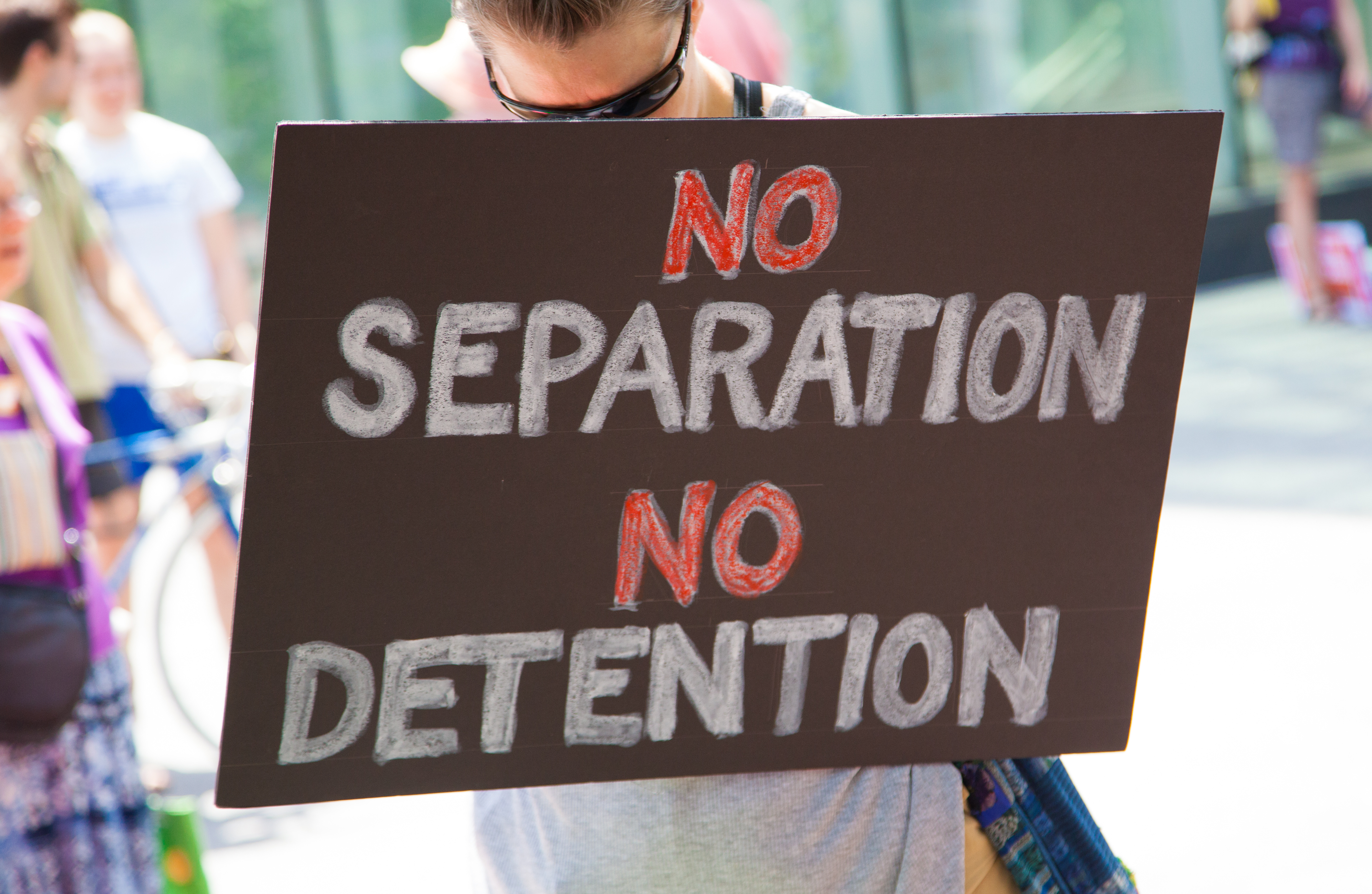 UFE supports all of the efforts described above, but we believe that a humane solution to the immigration crisis must go further. As part of any solution, it is necessary that the US accept its responsibility in creating the migrant crisis.[17] For centuries, the US has destabilized Latin America by overthrowing democratically elected governments and replacing them with autocratic ones, intervening in regional affairs to aid US corporate interests, and sheltering powerful people involved in the drug trade. Instead of accepting its responsibility for the current immigration crisis and welcoming immigrants who have been displaced because of its destabilizing policies, the US has closed off its borders and criminalized immigrants.

The securitization of the border must be stopped. Successive administrations have wasted billions of dollars constructing walls and fences, deploying National Guard troops to the border, and expanding the budgets of ICE and the Border Patrol. ICE must be abolished, and it must not be replaced with another agency tasked with the criminalization, apprehension, and deportation of undocumented immigrants. The billions of dollars that ICE receives annually should instead be allocated to more efficiently process asylum claims and clear immigration court backlogs. In Fiscal Year 2018 alone, $4.8 billion was allocated to ICE’s Enforcement and Removal Operations Directorate,[18] which is charged with arresting and deporting undocumented immigrants. If ICE was abolished, these billions of dollars could instead be allocated to lighten the administrative load of the overburdened US immigration system and help newly-arrived migrants integrate.

In addition, UFE recognizes that a pathway to citizenship must be established, not only for recipients of DACA, DED, and TPS, but also for family members of these recipients. To date, there have been no significant legislative efforts to provide family members of DACA, DED, and TPS holders with legal status. This must change, as it is cruel to rip apart kinship networks based on the arbitrariness of the US government in granting legal status to immigrants.

What Can You Do to Help?

There are many organizations in the Boston area that provide legal services, maintain emergency response and community care networks, empower local neighborhood organizers, and engage in the local and national immigrant rights movement.

Explore the organizations listed below or view our longer list that outlines their programs and how you can get involved.

Communities and organizations all over the country are fighting on a daily basis for survival against the powerful structures that are shattering our communities. They are building power and fighting back. These are a few of those organizations that we have had the honor of working with over the years.

United for a Fair Economy is a proud member of the following national organizations.

It is important to know what policies and agreements are in place in your area, and how to respond in a case of emergency.

Make sure friends, family, and people in your community know their rights and how to react if confronted by law enforcement both as immigrants and allies. The ACLU provides Know Your Rights information on their website and local immigrant organizations can provide resources in multiple languages to be used if confronted.

Watch these videos to learn more about your rights and how to react and prepare for a confrontation with ICE or police (English / Spanish).