So many governors are hammering their budgets with a “we’re broke” message these days that it’s amazing our country hasn’t shattered into a thousand separate islands. More and more, however, rational voices are correctly asserting that we’re not broke. 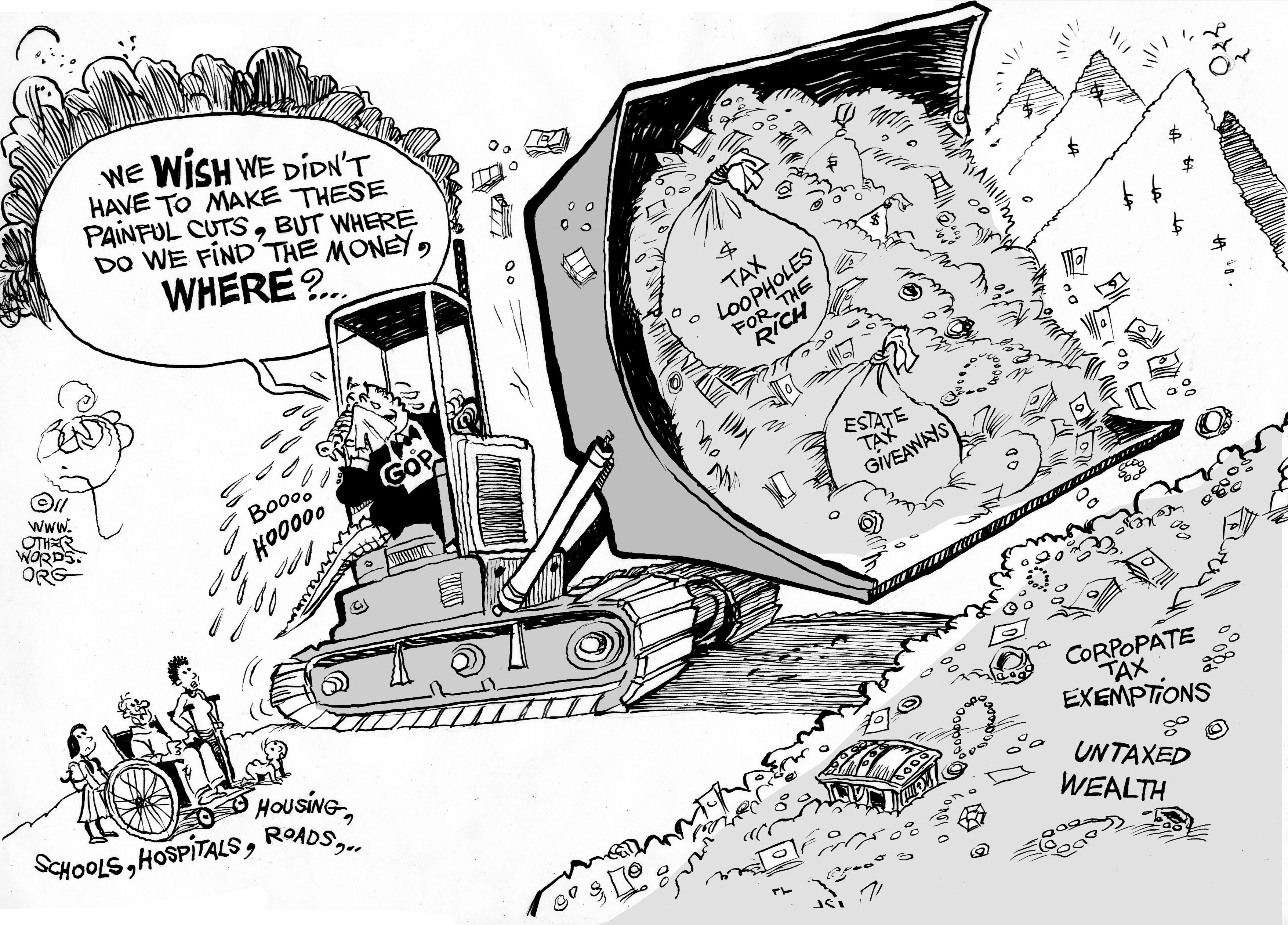 Thankfully, the message that our country isn't broke is making its way closer to the center of the tax and deficit debates. It can’t get there soon enough.

Many Republican lawmakers, along with governors like Wisconsin's Scott Walker and Ohio's John Kasich, bizarrely think that they can erase deficits with tens of billions of dollars in budget cuts and tax breaks for corporations and wealthy people who don’t need them. They’re ignoring the greatest economic returns available, which are provided by public investments, federal aid to states, and even unemployment benefits. Instead of helping save the middle class, they're propelling us toward a busted, plutocratic disaster.

The GOP's deficit obsession isn't just misguided. It turns a blind eye on the struggles of low- and middle-income Americans. In contrast, Rep. Jan Schakowsky’s sensible Fairness in Taxation Act would raise taxes on millionaires and billionaires, which better serves the American majority.

Currently, families earning $374,000 pay the exact same federal income tax rates as families with multi-million-dollar incomes, or even the handful who earn a billion bucks every year, such as the heirs of Walmart's founder. The lifestyles of the ultra-wealthy wouldn’t change in the least if they had to pay moderately higher income taxes. And it would boost our national economy.

The Fairness in Taxation Act calls for establishing five new tax brackets for incomes between $1 million and $1 billion, with rates ranging from 45 percent to 49 percent.

The Illinois Democrat's bill would also address an absurd aspect of our tax system, which wrongly favors wealth over work. Today, money earned through working nine-to-five or the graveyard shift is taxed at a higher rate than money obtained through windfalls. Capital gains, dividends, and other investment income derived from pre-existing wealth shouldn't be taxed at rates lower than income earned through work.

Three-quarters of all stocks and mutual funds owned by U.S. taxpayers belong to the richest 10 percent of American households. Therefore, some of the most affluent Americans actually pay lower effective tax rates than many middle-class Americans.

Take, for example, a weasel like Lloyd Blankfein, CEO of Goldman Sachs. He raked in just over $13 million in 2010 (excluding his bonus of some $12 million worth of shares in his company). Of that $13 million, only his base salary of $600,000 will be taxed according to the federal income tax rates. The remaining $12.4 million will be taxed at a top rate of 15 percent. Unfortunately, Blankfein is just one example of the kind of gross inequity that exists in the current tax system.

A century ago, tax policies adopted during President Teddy Roosevelt's administration were guided by sound principles that stand in direct contrast to those of today’s Republicans.

“No man should receive a dollar unless that dollar has been fairly earned,” explained Roosevelt in a 1910 speech. “Every dollar received should represent a dollar's worth of service rendered--not gambling in stocks…I believe in a graduated income tax on big fortunes."

The Fairness in Taxation Act takes aim at the same inequities Teddy Roosevelt--a Republican--identified long ago. If it were enacted this year, it would generate $78 billion that could fund jobs and social programs that Americans need now more than ever.

Repeat after me: we're not broke. It’s time to mandate that the wealthiest members of our communities share in the sacrifice of the economic recovery and pay their fair share. The Fairness in Taxation Act offers a clear path in that direction.