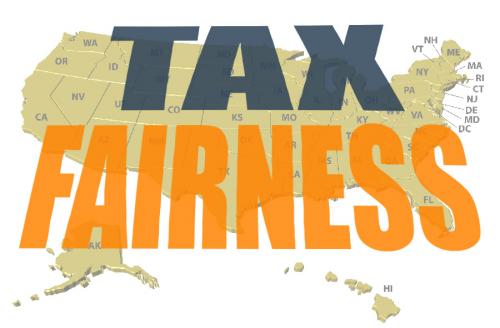 The media's obsession with federal politics can sometimes cloud over state level solutions to our country's fiscal crisis. Occupy Wall Street has created hundreds of forums in nearly every state for concerned people to come together and consider various ways to rebuild the economy. One step to consider is overhauling our state tax systems, and here are five reasons why we should:

State tax systems should be progressive, transparent, economically sound and should raise enough money to provide a decent quality of life to all residents. This system overhaul could generate hundreds of billions of dollars to not only wipe out state budget deficits, but also make long-overdue investments in our economy.

Occupy for a fair and progressive state tax system.

For suggestions on how to get from here to there, see UFE's report "Flip It to Fix It."