"Overworked and Undervalued" - Workshop at the United Methodist Women's 2018 Conference

United Methodist Women (UMW) is a national faith-based organization.  As a part of a years-long partnership, UFE developed and conducted a series of workshops with UMW.  Together we have trained cohorts of facilitators in this popular education methodology.  Attendees of our workshop have gone on to lead dozens of trainings themselves.

In 2015, United for a Fair Economy's popular education team began co-developing the workshop with UMW.  We facilitated a training of trainers for some of their staff and leaders, so they in turn could hold this workshop at their conference that year.  We returned to their national conference in 2018 to facilitate the workshop for leaders from around the country.  The workshop was also turned into a bible study (link).

While attending, Jeannette accepted an invitation to speak on a panel about economic and racial justice (pictured below). 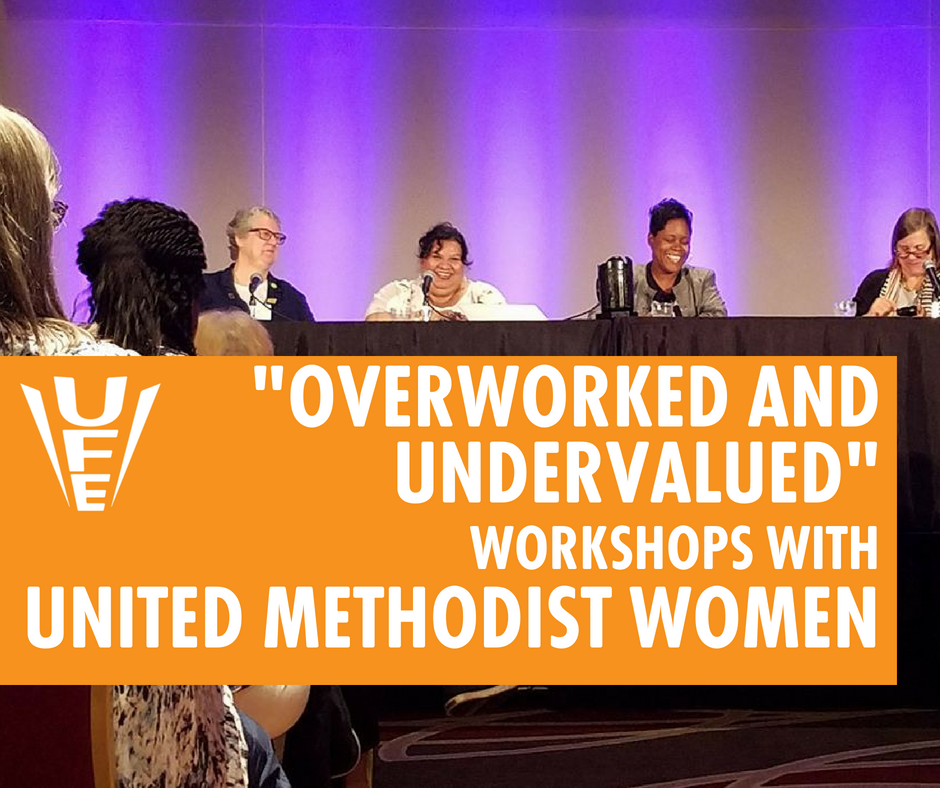 Some goals of the workshop included:

2-Discuss the role that racism and sexism play in producing and maintaining economic inequality.

3-Explore how recent policy choices have increased inequality and how communities pushed for policies that created a more equitable economy in the past.

4-Explore how to take action for justice.

We thank United Methodist Women for their stories, their leadership, and the opportunity to build together!