The High Price of Austerity 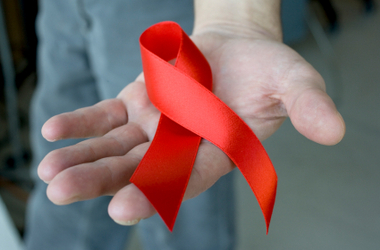 Austerity is the political buzzword these days. As politicians from both parties are jumping on the “starve the beast” bandwagon, few are considering the long-term impacts of the approach. What seems like tightening the belt today will likely cost us much, much more down the line.

On the subway this morning, when I grabbed an issue of the Metro for my half hour ride to work, this headline stopped me in my tracks: "HIV/AIDS funds take steep cuts in proposal."

Deval Patrick, a Democrat, and the only Black Governor in the country, had recently announced his proposed 2012 budget. In it, HIV/AIDS funding takes a whopping $2 million hit. That’s the largest proposed cut to HIV/AIDS funding in 20 years!

To make matters worse, the burden of these cuts would be disproportionately felt by communities of color. The article pointed out that Blacks and Hispanics each make up only six percent of the state's population. Yet, Blacks comprise 28 percent of HIV/AIDS patients and Hispanics 25 percent.

Sadly, this is right in line with the findings of United for a Fair Economy’s 2011 State of the Dream report: "Austerity for Whom?", released just last week. It’s shocking that here, in the liberal Commonwealth of Massachusetts, a proposed roll back of necessary programs will so disproportionally disadvantage people of color.

The most frustrating part of Governor Patrick’s proposed slashing to HIV/AIDS program budget is that, in the long run, it won’t save much money at all. In fact, it will probably cost us more. Emerson Miller, a program manager for AIDS Action, points out in the article that the investment in HIV/AIDS prevention and treatment actually "saved the state millions of dollars in potential health care costs over the last 10 years."

In other words, investing $2 million dollars in the preventative health of Massachusetts residents today will save us millions in treatment over the next decade. Not to mention preventing pain and sickness for a whole lot of people. That seems like a no-brainer.

Instead, deficit hawks in both political parties are supporting the “starve the beast” approach. This, combined with the lack of political will to raise revenue by restoring taxes on the top five percent, means that the rest of us will pay more down the line. And low-income folks—particularly people of color—well, they will just die sooner.

Austerity should mean cutting unnecessary government spending. Not eliminating smart investments in the health of our people and our communities.