Historically, cutting taxes has not led to higher growth, and has often resulted in vast economic gains for the wealthiest Americans, at the expense of the rest of us (source).  As Economic Policy Institute (EPI) analysis demonstrates, productivity growth was lower during the period with lower taxes.  U.S. economic growth is driven by a complex array of factors, so it is impossible to conclude from this data that higher taxes caused higher productivity during the first period.  However, it is also far too simplistic, and incorrect, to argue, as Republicans and their friends in the business community are fond of doing, that tax cuts will automatically lead to growth.  Such an argument is patently false, and repeating it in an echo chamber does not make it true.

While discussing U.S. tax rates, it is important to note that they are near a historic low. As the chart below demonstrates, our current tax rates are dramatically lower than they were for much of the Twentieth Century.  In fact, the highest marginal tax rate exceeded 90 percent during the Eisenhower administration!  Eisenhower, of course, was a Republican, and hardly a radical.  It is only in the past several decades, with the ascendance of business lobbies and anti-tax groups including the Chamber of Commerce, Club for Growth, and the Business Roundtable, that tax cuts have gained such a prominent place on the policy agenda. 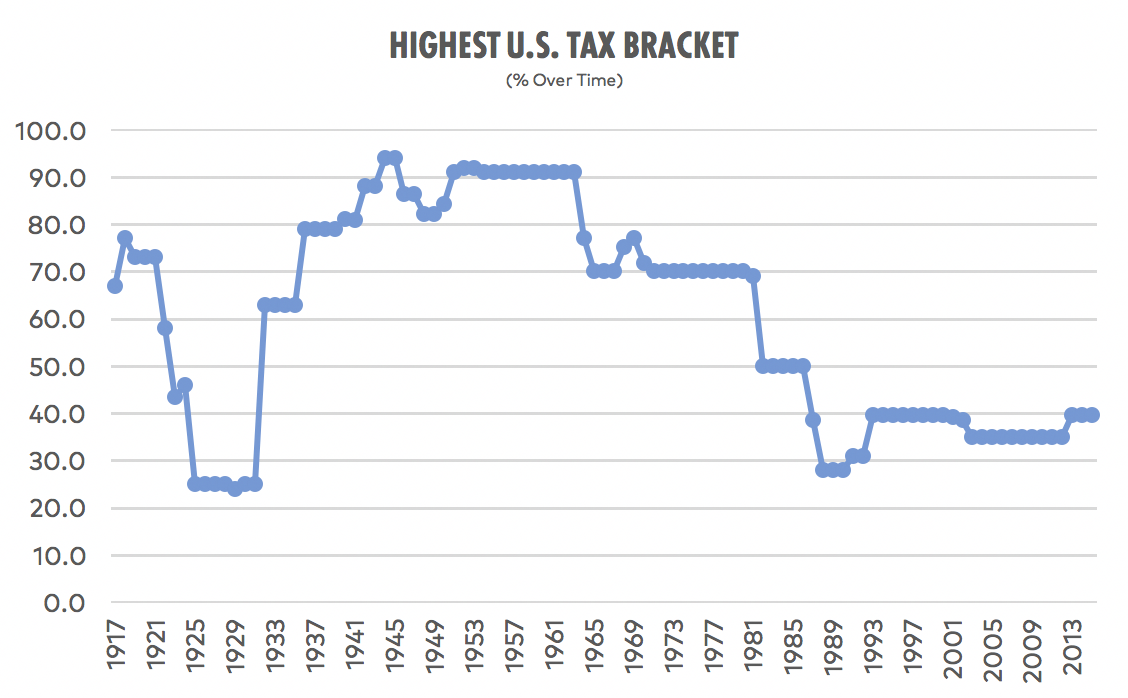 As analysis has shown, Trump’s tax plan would primarily benefit the rich, particularly wealthy business owners (source).  Unsurprisingly, billionaire Trump’s plan will enrich his friends in the business community, but it is projected to generate fewer benefits for everyone else.  In this way, the current GOP presidential candidate’s plan is similar to Reagan’s.  Both men seem to believe that the tax code is primarily in place to stimulate corporate spending to create jobs.  This world view perpetuates the myth that we all depend on “generosity” and “hard work” of a few wealthy “job creators,” and it ignores the vital role not only workers, but also small business owners and many other individuals and entities, play in making our economy function.  Ninety-five percent of firms in the U.S. have under 50 employees, which makes them a crucial part of the economy (source).  Government spending also creates a large number of jobs.

Trump’s plan, however, focuses on tax breaks for the wealthy rather than policies that could actually benefit working people.  For instance, his plan would eliminate the estate tax – a tax that only affects a tiny percentage of Americans – which would cost the government billions of dollars of revenue.  With less government revenue, further cuts to much-needed social programs would likely result.  The plan would also dramatically cut business taxes, which are already some of the lowest in the world.

Another major problem with the trickle-down idea is that two-thirds of the US. Gross Domestic Product (GDP) comes from consumption (source). When consumers make not only everyday purchases like food and clothing, but also larger purchases such as homes and automobiles, that contributes to the GDP.  Tax cuts theoretically stimulate more of this spending, as the working-class and middle-class spend a higher percentage of their income than the rich do.  The wealthy, however, typically spend less of their income, and put more of it into savings and investments.  Tax cuts for the wealthy, then, do not provide the same return on investment as tax cuts for the working-class and middle-class do.  Thus, trickle-down economics is simply bad economics, as former U.S. Secretary of Labor Robert Reich and other renowned economists have written (source). 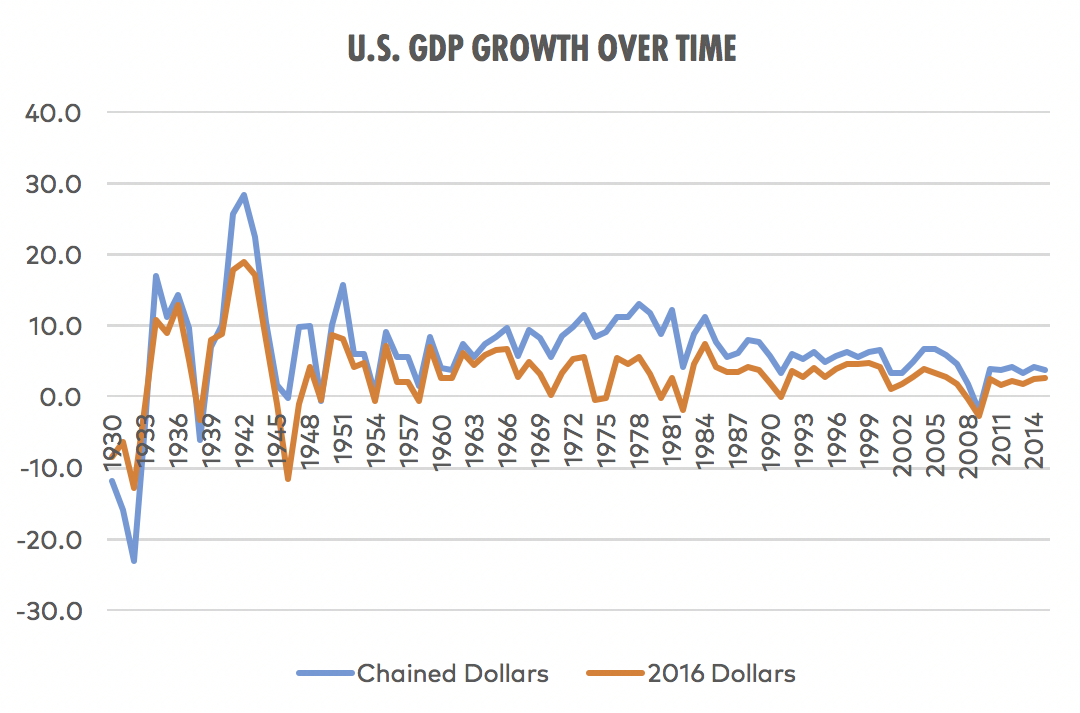 The new version of trickle-down economics would particularly benefit the very highest earners, the top 0.1 percent.  According to estimates by the non-partisan Tax Policy Center, individuals in this group would see their incomes rise by 14 percent.  The highest tax rates would fall from almost 40 percent to 33 percent (source).  One of the only positive aspects of the new trickle-down plan is that there would be new benefits offered for child and elder care.  These benefits, however, are not as progressive as those offered by Hillary Clinton.  The many downsides of the new trickle-down economics are far outweighed by the generous give-aways to the rich the new plan would offer.

It is also important to note that wages have been stagnant or declined for the vast majority of the U.S. population in recent decades.  When wages are declining, purchasing power declines as well.  The only way to maintain consumption at a similar level is to go into massive debt – which is exactly what many in this country have experienced in recent years, especially during the Great Recession.  Stronger unions and labor laws would help reverse some of this wage erosion.  Trickle-down economics did not work in the 1980’s, and it will not work now.  It’s time for politicians to wake up and realize that declining wages, not allegedly high taxes, are the real problem plaguing the majority of working Americans.