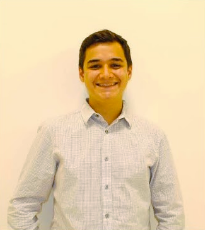 Richard started working with United for a Fair Economy in 2017, and became the organization's national communications director in 2019. During this time, he has worked with other UFE staff in North Carolina on programs including the Raising Wages NC coalition and the Avila Retreat Center. Projects he has coordinated include videos, infographics, reports, and other resources. He has supported UFE programs' and staffs' work nationally with communications, and in other capacities.

He graduated from the University of North Carolina at Chapel Hill in 2017 with a degree in journalism. While there, he worked as a regional organizer for a group campaigning for safe labor contracts in universities’ supply chains. He also helped form a campaign to stop privatization at the university, and a grassroots community coalition that helped students voice their concerns to administrators.

Richard loves that he is able to support workplace and community organizing through his work at UFE.